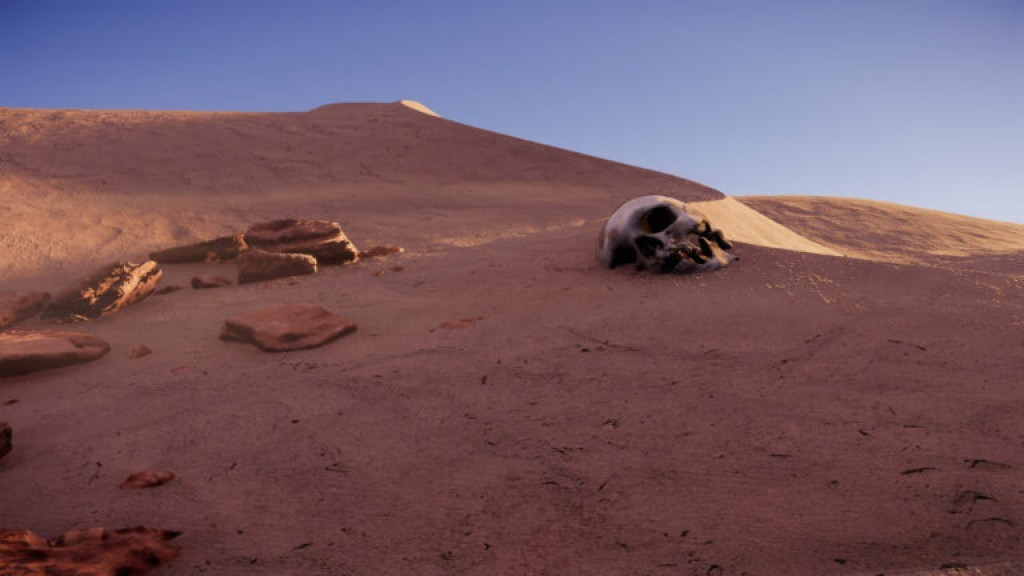 Earth has been abandoned after hundreds of years of destructive climate change and catastrophic neglect of the environment by corporations and industry. Political and social unrest has left the old cities decimated and hostile to life. Civilization has collapsed and destroyed itself.

Only obedient first class citizens, were permitted onto the new world. The unworthy who were left behind, - criminals, dissidents and the poor - scavenge in the forgotten cities of the old world, which have become overgrown with jungle, flooded by swamps, swallowed by sand and frozen by ice. Pollution and technological debris litters the environment, and survivors have set up shelter in destroyed skyscrapers, laboratories, abandoned metros and crumbling freeways.

DECIMATED will be a 3rd person Player vs Environment (PvE) & Player vs Player (PvP) game in a persistent online world, on a huge map that can be crossed by land, sea and air vehicles. Players can switch into 1st person at any time, such as when aiming with a weapon.

Enemies include other players trying to survive, plus NPC's such as malfunctioning robots, bio-monsters and mutated creatures.

When exploring the environment on foot, players will be able to crawl and climb around many areas of the environment, and we will use cinematic camera techniques to make the experience more dramatic.

Players will be rewarded for doing missions and will be able to earn money in-game, such as by:

Players will have to find food, water and in some cases, oxygen to survive. Food and water can be found around the environment and in dispenser machines. The players hunger and thirst levels will be displayed alongside health, and as time passes, the status of each level will affect the players performance.

If players are injured, they will have to treat their wounds or risk bleeding to death. It is possible for wounds to get infected, which can cause worse injuries or death if not treated. Players can treat each other and help to recover from injury. Players can become addicted to medication and their performance and judgment will be affected by their addictions.

If you die in the game, you will respawn with limited items. Other players will be able to loot your body, so if they find the spot where you died, they will be able to take those belongings. There will be safes and safehouses where players can store items and respawn from custom locations.

On starting the game, players will be a citizen trying to survive in the world, but after a certain amount of time, provided they play by the rules, they can be whitelisted to play as cyborg cops.

Cops must undergo training before being assigned to duty. Their job is to catch criminals and police the wasteland. Cops will be able to communicate with each other via VOIP channels, to alert each other of citizens breaking the law.

Citizens must travel the wasteland and find paid work to do, such as scavenging, doing missions, collecting bounties, shipping commodities, offering security, or assisting other players with licit or illicit activities.

The cops will set up checkpoints, interrogate citizens, issue fines, confiscate contraband, catch criminals and incarcerate them. There will be cash rewards for catching criminals, such as bounties on bandits and murderers.

If citizens get incarcerated, they can ask other players to break them out of jail for a reward.

Armed cops will be able to deliver non-lethal or lethal shots to civilians, and take citizens into custody if they are a suspected of a crime or do not possess the correct license and registration for their vehicle, weapon or commodity that they are transporting.

Both cops and citizens can purchase technological upgrades for their characters for extra strength, agility, stamina or perceptive ability. Both will be able to level up their character and capabilities the more experience they get.

Both cops and citizens will need to obtain licenses to drive vehicles on land, sea or air, cops will also need to pass training tests to fly aircraft.

Both factions can earn money while playing, by completing objectives, or by combating or cooperating with other players. Both factions will have access to land, sea, air and hover vehicles, but vehicles will require a license, and in the case of the cops, training.

Citizens will be able to choose to do low risk, low reward missions, or high risk, high reward ones. Missions will spawn around the map, attracting players from all directions, and the last man standing will get the loot.

Players will also be able to create missions and create groups to attempt missions. Each group member will be assigned a split of the loot, provided they survive to the end, or are not betrayed by other players.

Equally, players can offer token rewards for assassination jobs, breaking prisoners out of jail, collecting bounties, etc. The development team will provide a list of common missions and jobs that players can create to recruit others to help them.

The development team will create missions in special areas that players can raid - each player will have to travel to the mission location on the map, and will only be able to raid them once. Their history of visits to official missions will be stored on their character in the blockchain.

Our game will feature user generated content (UGC), and players will be able to submit 3D models of buildings, props, weapons, characters and accessories. User Generated Content can be bought, sold and traded in-game much like asset market places such as Turbosquid, Evermotion, Megascans and the Unreal Marketplace. Unique items such as fully designed buildings will have a higher market value based on rarity and demand, while common items such as modular components (walls, doors, fences, pipes, containers, etc) will have a very low market value. All UGC will be subject to approval by the development team and the community for quality control, and to ensure that the content is suitable for the game world. Copyright, credit and compensation will always be assigned to the original creator, and we will utilize the blockchain for digital signatures on original content.

We will also include a decal system, where players will be able to upload images or choose from a database, and spray graffiti tags around the environment to mark their territory. We believe that this will give players a creative input into how the game world looks, which will develop over time on each server.

The game will feature a build system to allow players to modify and fortify existing areas of the map, or construct entirely new buildings using modular components such as walls, windows, doors, pillars, stairs, fences and decorations.

Once bases have been built, ownership and permissions can be assigned. Only owners will have permission to make modifications inside a controlled area. Components will have varying levels of damage resistance, so other players will be able to attack bases, damage them, and potentially conquer them.

Our game will allow ownership of property and custom built safehouses. Abandoned buildings in the wastelands will not be purchasable, but by fortifying floors or buildings, or building fences around them, players can limit access only to authorized players. Properties will have safes and storage boxes to store virtual items such as weapons, ammo, armor and other virtual items. These will be cryptographically locked so that other players cannot hack them.

Each player will have a digital wallet linked to their account, which can store player data, team factions, digital currency, ownership contracts and more. Players have the freedom to trade their tokens if they wish. We may develop an offline wallet that players can access with a Trezor, Ledger Nano or smartphone, to ensure that important data cannot be hacked or stolen.

Players will start on foot unless they have purchased virtual items in advance, and will be able to find and repair vehicles, or purchase them from other players and trading posts. Vehicles will include traditional wheeled vehicles, hovering vehicles, flying vehicles, and water vehicles.

Decimated is a real-time multiplayer role playing game that implements blockchain and cryptocurrency into a persistent online post-apocalyptic survival experience.

Our game will be premium with in-game purchases. Players will start with a small number of tokens that they can use to get started, and players who have purchased tokens prior to the game release will be able to purchase virtual items even before playing.

Players can buy our virtual currency in-game or via our website, as a means to post paid missions to other players, or buy, sell and trade virtual items, such as character customizations, item upgrades or equipment to build an fortify a base.

We want our game to be interesting to players for its gameplay. As well as the challenge of surviving in a harsh environment, meeting other players and choosing to cooperate or fight each other.

The player can earn cryptocurrency without spending any real money, simply by playing the game, salvaging cryptocurrency and doing paid missions posted by other players or the development team.

Players and NPC's in the game will be friendly, or hostile, either by default, or based on the player's reputation. Player status and reputation will be stored on the blockchain, and other players / NPC's will react accordingly. Approaching strangers with your gun holstered will cause some NPC's to be friendly or less hostile, whereas if you have your gun out, expect confrontation!

Player class will be determined by the crimes that they have committed, or the good deeds that they have done. Classes include being a citizen, a criminal, a pirate, warlord, bounty hunter, slaver, trafficker, cannibal, hacker, trader, resource collector, engineer and others.

The game will be created in Unreal Engine 4, using the most up to date physically based rendering (PBR). Textures will use dynamic shaders for snow, sand, water and other environmental effects, that will change according to the weather.

Read next DIO Trademark registered
This website uses cookies to improve your experience. We’ll assume you’re ok with this, but you can opt-out if you wish.
Privacy&Cookies Policy
Accept